I’m a fan of any project that requires research and fortunately, most of them do. It’s an extra bonus any time the research involves food or drink, so this one might be a favorite: Fall River Brewing Company hired me to rename one of their beers.

Best known in Far Northern California for their excellent Hexegenia IPA (though their Kilty Pleasure Scotch Ale is my favorite), FRB wanted a beer to compete with the lighter ales, especially Firestone Walker’s market leader, 805. They planned to adjust the recipe of their NorCal Blonde and overhaul the brand to release it as a whole new addition to their lineup. Matt Briner would handle the label and packaging design, and I would name it and write up an irresistible description.

To be honest, I wasn’t planning on doing any more naming jobs. Unlike other projects with, you know, sentence structure, naming jobs are impossible for me to take breaks from. Showering, driving, exercising, eating… a running list of catchy words and phrases overtakes my mind and I can’t stop mentally ‘writing’ name ideas. In the end, it’s almost impossible to account for the time I spend on a naming project, so it rarely pencils out for me. But I love Fall River, and I was excited to have the chance to name a beer that was intended for wide distribution, so I opened the brain tap and let the ideas flow.

Obviously it wasn’t the first beer FRB would name and brand, but this was going to be a first for them in that it was an existing beer, rebranded. Also, their other beers had been named amongst the brewery staff. This would be the first of their beers to be professionally named, branded, and marketed with certain distribution goals.

The team wanted something that communicated the ease and lightness of the beer while invoking a sense of fun. The name would also need to be original so that it could be trademarked. I don’t know if you’ve noticed, but there are a FEW beers in the world, which brings us to the other challenge of naming: originality. If I’d chugged a beer every time I’d thought of the ‘perfect’ name only to search it up and find it was already taken and trademarked by another brewery, I’d be writing this from national liver transplant wish list.

Ultimately, I came up with 14 options. When I do a naming job, I always give the client the name, possible variations on it (shortenings, nicknames), the images and feelings it evokes, and possible catch phrases that immediately leap to mind. My notes for the name Day Off read, “Freedom, leisure, possibility. Quintessential beer day. Clean, Americana. Easy to read and say.” 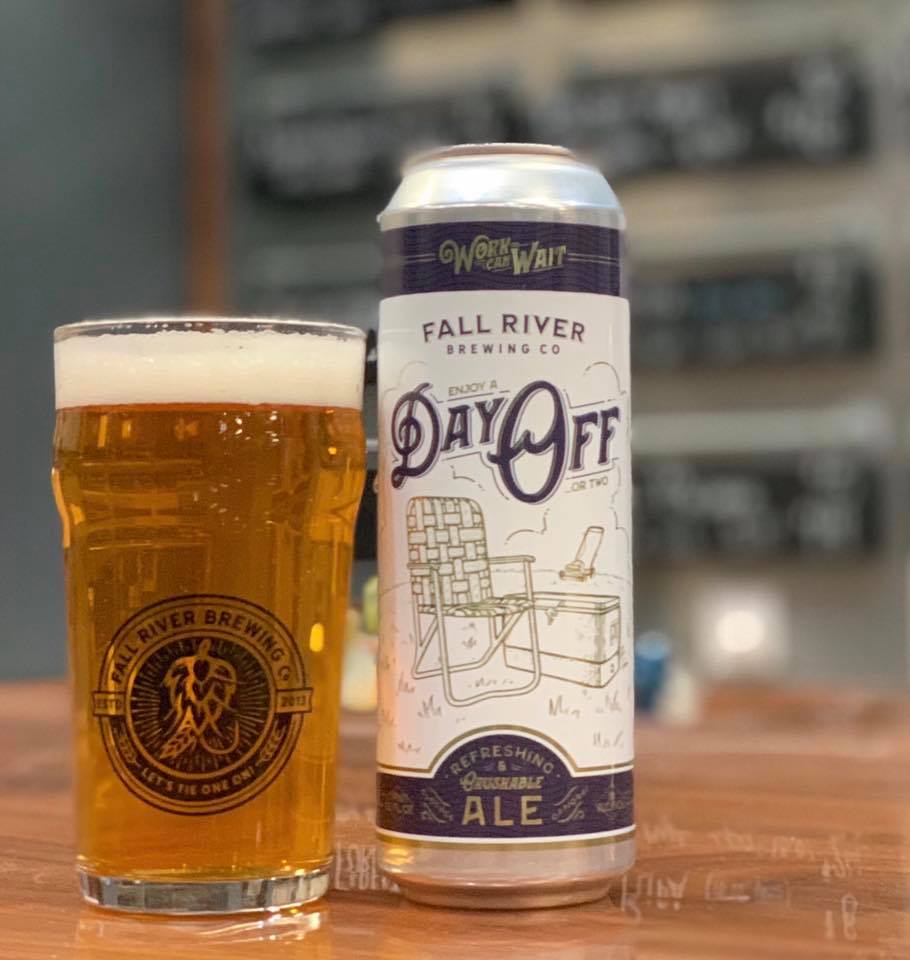 FRB’s owners narrowed the list of 14 down to three or four, and Tim market tested them, with Day Off emerging as the best choice. I was especially looking forward to seeing what we could do for social campaigns with the double meaning, ie, ‘you’ve earned a Day Off’, but first: a winning description was needed. The NorCal Blond had a very basic description: strictly tasting notes. FRB wanted personality with this one, with their fun, sometimes-cheeky brand shining through. Here’s what I came up with:

Day Off is a refreshing, straw-colored ale enjoyed by people who put in the time to earn their fun. Its crisp finish does all the work so you don’t have to, and with little bitterness you can enjoy all the flavor, on your own time. Whether Day Off is the official drink of a rowdy bash or a pants-optional day on the couch, it suits any beer lover who appreciates their well-won leisure.

Truly, the ‘pants-optional’ element was the real winner. We chose a tagline of ‘Work can wait’ and put it at the top of the label, but pants-optional is the unofficial banner of Day Off. Matt worked his design magic and the whole thing came together really well. Despite my initial reluctance to do another naming job, I had a great time. It helps that I really enjoy this ale! It is, indeed, refreshing and crushable. I particularly appreciate drinking it mid-week, at times when I could really use a Day Off. If you haven’t tried any of Fall River Brewing Company’s nectar, well…. you’re clearly not from around here. Look them up if you’re ever in the greater Far NorCal region!